This relative lack of maturity is of increased relevance when undertaking quantum information experiments in optical fibre as the majority of installed optical fibre is single‑mode at wavelengths around 1300 nm and 1550 nm.

Additionally, such detectors would be capable of detecting photons with wavelengths that lie in certain atmospheric transmission windows, as well as infrared gas absorption features, notably those of greenhouse gas. Therefore there is now a drive to develop efficient detectors for use at these wavelengths.

The most common semiconductor‑based devices are single‑photon avalanche diode (SPAD) detectors, which are reverse biased avalanche photodiodes(APDs) biased above the avalanche breakdown voltage in the Geiger mode.

In this mode of operation, a single incident photon an generate an electron‑hole pair which can initiate a self‑sustaining avalanche, rapidly generating a readily detectable current pulse. After each event, the avalanche current must be quenched to restore the detector to the quiescent state ready to detect further photons. At present, detectors based on Indium‑Gallium‑Arsenide/Indium‑Phosphide (InGaAs/InP) offer the best prospect for near room‑temperature operation SPADs.

Historically, devices based on this material system have been used as linear multiplication devices but more recent advances in Geiger mode operation have led to the development of a growth and fabrication process specifically targeted with the aim of producing single photon detector.

We are now working to combine the many advantages of low‑noise Si single‑photon avalanche multiplication with the infra‑red sensing capability of germanium (Ge). We perform this via the growth of Ge on Si, resulting in absorbing regions composed of Ge‑containing materials used in conjunction with multiplication regions formed by Si under a high electric field.

Previously, we performed preliminary work using a SPAD structure composed of a Si multiplication layer and a strained SiGe/Si multiple quantum well absorber. In this initial work, the strained absorbing layer was only a total of only 300 nm thick, to keep it below the critical thickness for strain relaxation. Consequently the overall detection efficiency was low, however we did measure considerable improvements in the near‑infrared (at wavelengths around 1200 nm) when compared to equivalent all‑Si control devices.

Whilst these results were very preliminary, this report contains the first report of single‑photon counting in Ge‑containing Si SPADs and clearly demonstrated their effectiveness in the infrared. This new projects has been undertaken in conjunction with the UK Silicon Photonics Consortium. The consortium, and particularly the growth team at Warwick have recently succeeded in growing effective Ge seed layers which provide the opportunity of relatively thick Ge layers (i.e. D1000 nm), which offers the prospect of high efficiency detection at wavelengths up to 1550 nm.

The link between the Heriot‑Watt Single‑Photon Group and the UK Silicon Photonics Consortium gives a rare opportunity for the establishment of a technological base for Si and SiGe containing SPADs in the UK which will be truly world‑class. Our work focuses on individual optical detectors, although plans are under way to develop arrayed devices in future iterations.

The stimulus of emerging photon‑counting applications at the wavelength region around 1550 nm has driven the development of detectors capable of operating at these wavelengths. Research is concentrating on improving detection efficiency and reducing dark count rates, as well as improving packaging for practical systems. 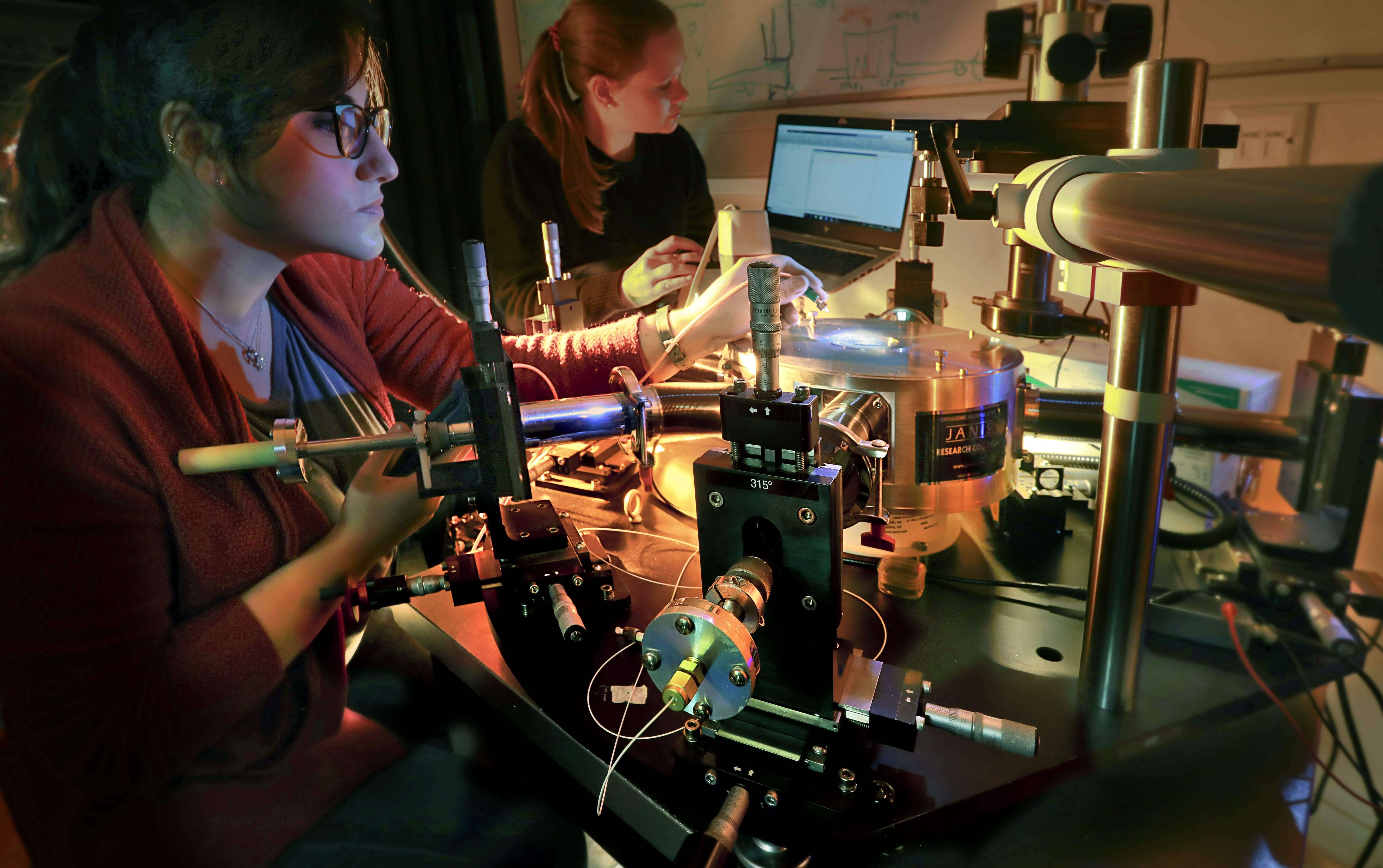 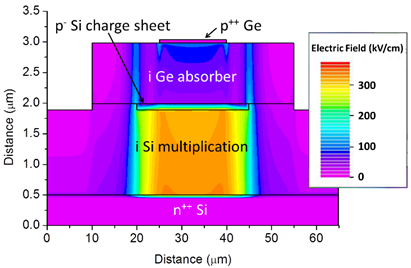 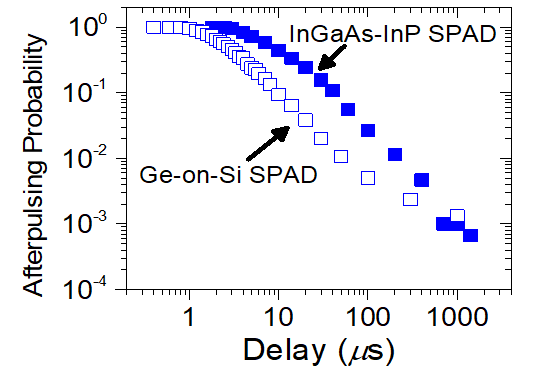 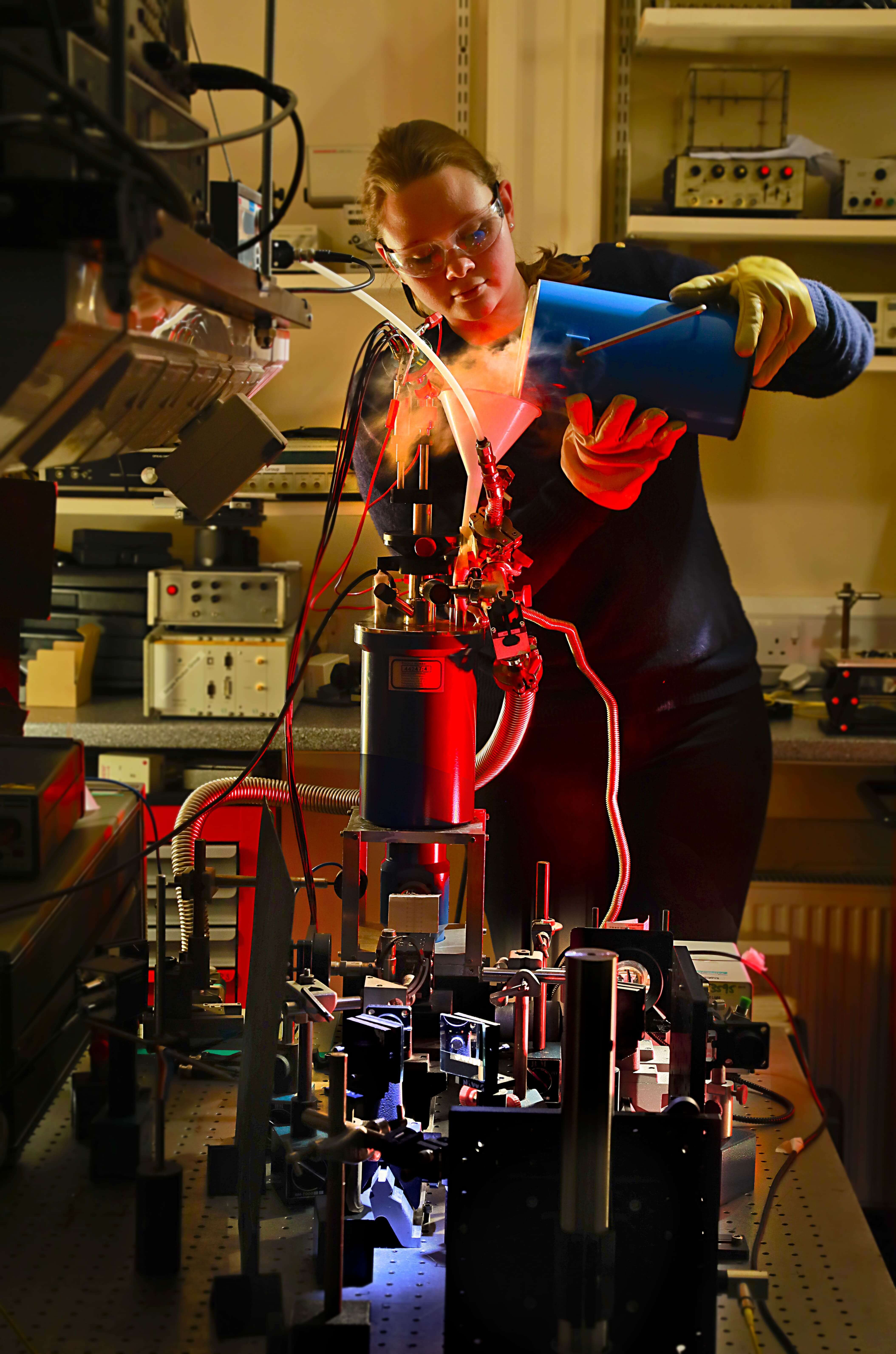